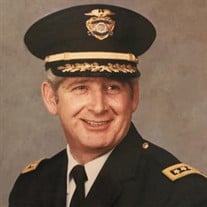 Ronald Drew Meehan, 83, passed peacefully in his sleep May 8, 2019, while lying next to his wife of 60 years, Mary Jane Meehan. Ronald was born February 25, 1936, to Grace Jane Hurlburt and John Joseph Meehan in Kansas City, Missouri, as their only child. Ronald grew up during the turbulent times of WWII. His parents worked in the Civilian Conservation Corps Camps and Ronald stayed at many different houses with several different family members. Ronald attended Catholic schools and served in all capacities as a youth, including Alter Boy. Ronald enjoyed playing baseball and basketball. At the age of 17, Ronald left his High School and joined the United States Navy. Ronald served in the Naval Air during the Korean War. After his discharge from the Navy Ronald went to college in San Rafael, California. While on summer break from college Ronald met the love of his life, Mary Jane Lawson, an 18 year old girl who had just graduated High School. Ronald first met Mary Jane as she set twirling on a barstool at his father’s bar. Five months later Ronald married Mary Jane in Los Angeles, California, on October 25, 1958. In 1960 Ronald became a Police Officer and joined the La Habra Police Department. Ronald worked for the La Habra Police Department for the next 30 years rising through the ranks until he became Chief of Police; a position he held for over 15 years. During this time Ronald was invited to the FBI National Academy in Quantico, Virginia. Ronald returned a second time to the FBI Academy for Executive Planning and Leadership. Ronald was the President of the La Habra Police Association. He was President of the California Police Chiefs Association, Commander of the La Habra American Legion Post 267, headed up the worship committee at Temple Baptist Church, taught Sunday school and was the beneficiary of a Paul Harris Fellow Award from the La Habra Rotary. When Ronald retired as Chief of Police he went to Law School where he obtained his Juris Doctorate. Ronald then went to work at the Courts in Orange County. Ronald worked another 16 years at the Courts before retiring from Santa Ana Superior Court to battle his Cancer. Ronald became the Camp Chaplin for Puente Hills Gideon’s where Ronald helped share the Lord’s word at schools, Fairs and to at risk youth in Juvenile Hall. Ronald was a long time member of Inland Hills Church where he attended weekly Church services with several other family members. Ronald valiantly fought Cancer in multiple parts of his body for his last 11 years. Ronald is survived by his wife Mary Jane Meehan, his 5 children Kerry Lynnette Gerber, Rhonda Shay Bausch, Shannon Kathleen Halstrum, John David Meehan, Michael Sean Meehan and his 17 Grand Children and 16 Great-Grand Children and 1 Great-Great Grandson.

Ronald Drew Meehan, 83, passed peacefully in his sleep May 8, 2019, while lying next to his wife of 60 years, Mary Jane Meehan. Ronald was born February 25, 1936, to Grace Jane Hurlburt and John Joseph Meehan in Kansas City, Missouri, as their... View Obituary & Service Information

The family of Ronald Drew Meehan created this Life Tributes page to make it easy to share your memories.

Ronald Drew Meehan, 83, passed peacefully in his sleep May 8,...

Send flowers to the Meehan family.