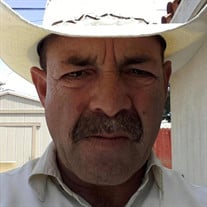 Raymundo Hernandez Estrella, a hard working man. A long time Long Beach CA resident. Passed suddenly on Thursday August 12, 2021. Raymundo is survived by his Father Lucio Estrella, his siblings Guadalupe, Margarita, Lucia, Salvador, Jesus, Jose Luis, Mercedes, Gabriel, and Leticia and his children Lucia, Teresa, Raymundo, and Edward and his nine Grandchildren. He is preceded by his mother Delfina Hernandez Dominguez and his nephew Luis Fermin Estrella. Raymundo was born in Mexico City on January 2, 1959 where he lived until he was 18. He proudly made his way to the United States where he met Teresa Baez and her children Javier, Daniel, and Irene. Together they welcomed their four children Lucia, Teresa, Raymundo, and Edward. Raymundo was a loving and protective Father and a very present, patient, loving, hands on Grandfather. When he wasn’t at the park playing with his Grand babies or at the gym he was at work, his second home. He was the hardest working man and he loved every minute of it. His work ethic, his energy, his humor, his laughter, his protective fierce and aggressive attitude and love for his children and Grandkids is so deeply missed.

The family of Raymundo Estrella Hernandez created this Life Tributes page to make it easy to share your memories.