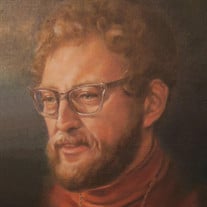 Max Devoe Poling 2/26/30 – 5/21/19 Max Devoe Poling born in Huntington Indiana passed away in Escondido California at the age of 89. He is survived by his Wife Esther and five children Catherine, David, Diana, Tom, and William. Max was an only child although, his cousin Grace lived with them for several years. Max played tennis and rode Whizzer motorbikes and graduated from Huntington High School in 1948. He was a member of the Nation Honor Society and the Masque and Gavel club. He was in the senior class play “Our Hearts Were Young and Gay” and played the role of Steward. Max absolutely found the love of his life, Esther, in high school, while working the Caswell-Runyan Co. cedar chest factory. This is where his life began In 1948 he joined the US Air Force. Max and was honorably discharged as a Staff Sargent Technical in 1952. After enlisting, Max aced the aptitude test and impressed Air Force. In 1949, He went to Fort Francis E. Warren in Wyoming to become a draftsman and graduated top student with honors. After graduating June 7th, he returned to Huntington to marry Esther. He was then stationed at Barksdale AFB in Louisiana with his new wife. In 1950, Catherine was born at Barksdale AFB. He did cartography for USAF Strategic Air Command. He became a technical aid to General Curtis LeMay. General Lemay personally asked Max to continue as his aid, but when he found out Max was going to Purdue he told Max to go to college. After the USAF, he attended Purdue University, had David in 1955 and graduated in 1956 with a B.S in Mechanical Engineering. Max took his first job at Louis Allis in Milwaukee working with industrial motors. There they had Diana in 1956. He moved to California as a sales representative for Louis Allis. Living in Anaheim CA, Max started a business rebuilding and selling electric motors. He became the west coast representative for Emerson Motors. Esther managed the business and finances. In the late 1960 Max entered the plastics market selling Wellman nylon. As his business grew he gained the Farris take-off machine distributorship and sold molding machines and extruders. In the 1960s he purchased an old olive factory in Brea. He tore down some old buildings and ran his business there working on motors, plastic industry equipment, and selling nylon to molding and extruding companies. In 1980, they added some buildings Brea property grew to 16 industrial rental units. In 1961 they moved to a home in Fullerton. There Tom, in 1961, and Bill, in 1963, where born. In 1975, Mai Nguyen, came to live with them. She was a refuge from Viet Nam. Zoila Yanes came to Fullerton in 1979 and cared for Max and Esther for 40 years. Max and Esther lived in the Fullerton house for 57 years. Max was so much more than a veteran, husband, father, engineer and businessman. He loved his children so much. He took care of them anyway he could. His love and support extend well beyond his immediate family Max was fun and loving but strong and motivational when needed. He was driven to succeed in his own life. He wasn’t scared to live life to its fullest. He took on challenges, took risks, and was a big success. He did spectacular things with his wife and family. He took 4 of his kids on an 810 mile bike ride across the Virginia Blue Ridge mountains. He bought 2 Jet Skis and we tore up the Carlsbad Lagoon. He camped with his family. He was always there to help his children whatever struggles they faced. Max took you on adventures. He made everyone feel special. He loved Esther’s adventurous side. As partners, they made so many great decisions. They traveled the world. They took risks and worked hard to make it all work. Max was a people person. He would talk to everyone in restaurant and if there was a baby, he would always stop to see it. He loved to tell jokes. Max brought joy to everything he did. Max loved everyone he met. He loved his wife. He loved his family. He loved his children. Max was a great man and we will all walk in his shadow. We lost our loving father to Dementia. Our loving sister is struggling with early onset Alzheimer’s. Please join us in supporting the fight against these terrible diseases. You can donate by clicking the link below: https://alzsandiego.z2systems.com/np/clients/alzsandiego/campaign.jsp?campaign=203&fundraiser=462992&

Max Devoe Poling 2/26/30 &#8211; 5/21/19 Max Devoe Poling born in Huntington Indiana passed away in Escondido California at the age of 89. He is survived by his Wife Esther and five children Catherine, David, Diana, Tom, and William. Max... View Obituary & Service Information

The family of Max Devoe Poling created this Life Tributes page to make it easy to share your memories.

Send flowers to the Poling family.