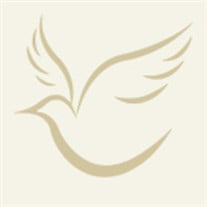 Leo John Schaffer was born on February 7, 1928 to Joseph and Josephina Schaffer in Detroit, Michigan. He had 4 brothers and a sister. He spent most of his earlier life on farms, served a short time in the US Army and married Deloria in April 1958. They moved from the farm, to Illinois, and finally to California in 1966 where he would spend the remainder of his 47 years. Not only did Leo have a beautiful wife, he had a wonderful life. Bringing up 5 children, David, Richard, Robert, Jonine, and Leanne was not an easy task but Leo said it was always worth it. Later, his brood expanded from in-laws-Greg, Tina, Frank, and Leslie-to grandchildren, Chris, Jennifer, Jarrett, Leanna, Grant, Ryan, Steven, Nicholas, and Gavin. All other family, friends, acquaintances, and pure strangers in which Leo touched their lives would be too extensive to begin to list. Leo always loved working with his hands, fixing and repairing almost everything. Teaching himself to use the computer was only one of the few feats Leo conquered during his short time on this earth. Even in his last days, he said, "I have so much to still do." He would help those in need, teach the grandkids to drive, grocery shop and clean the house when Deloria couldn't do it all herself anymore, and would make time to just sit at the kitchen table and visit. Dog sitter, baby sitter, handyman, and chauffeur were some of the "hats" Leo wore during his life. The greatest titles Leo held were husband and father. Although he had a kind heart and word for all, being the center of our family was truly a gift from God. As He brought Leo to us, He has taken him back to the Lord's Kingdom. May Leo's soul rest in peace until it is our time to see him again. Good-bye for now, Leo. May your ultimate trip to Heaven be your best.

Leo John Schaffer was born on February 7, 1928 to Joseph and Josephina Schaffer in Detroit, Michigan. He had 4 brothers and a sister. He spent most of his earlier life on farms, served a short time in the US Army and married Deloria in April... View Obituary & Service Information

The family of Leo Schaffer created this Life Tributes page to make it easy to share your memories.

Send flowers to the Schaffer family.