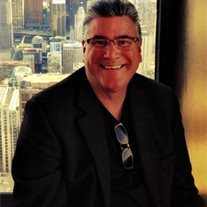 John William Pohlen, age 54. God called John home December 23, 2012, as he lie peacefully, surrounded by his loving family. John was born in Omaha, Nebraska to Paul and Barbara Pohlen on June 5, 1958. After attending California State University, Long Beach, John graduated from Cosmetology School and entered the family beauty supply business in 1978. He worked with his family at Barbara’s Beauty Supply for 21 years before starting his own businesses, Salon Equipment International, Inc. and SalonEquipment.com. Under his guidance, the businesses grew into the top salon and spa equipment businesses in the industry. John was a beloved family man and a smart businessman with a generous and caring heart. Everyone who knew John knew that he loved making people laugh, whether with a joke, a magic trick, or a humorous story. John had an avid mind for the game of basketball, coaching not only his children but also teams at the high school and collegiate levels. He was a positive influence on so many young people through his coaching, not just in basketball but in life as well. He thoroughly enjoyed traveling and spending time with his family. John is survived by his wife of 30 years, Cindy and their children, John [Tracy], Tom [Amanda], and Jeanette. A vigil will be held at St. Angela Merici Catholic Church in Brea, California on January 24th, 2013 at 7:30pm. Memorial services will be held at St. Angela Merici Catholic Church on January 25th, 2013 at 10:00am, followed by a reception at Coyote Hills Golf Course in Fullerton, California.

The family of John Pohlen created this Life Tributes page to make it easy to share your memories.

Send flowers to the Pohlen family.