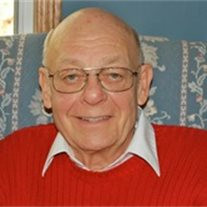 On August 29, 2017 James Louis Lathrop, 82, a forty-eight year resident of Brea, CA passed away peacefully. His last day was spent enjoying the company of his wife and friends.   He was born May 14, 1935 in Sioux Falls, SD and grew up in Reading, MN.  He attended the University of Minnesota before enlisting in the US Army in 1957.  He was a Special Forces radio operator where he served in Ethiopia, and attained the rank of Sergeant.  He was honorably discharged in 1959, but was recalled in 1961 during the Cuban Missile Crisis.   He married the former Nancy Marie Berres on October 7, 1961 in Racine, WI and together they moved to Southern California in 1962 to raise their family.  The arc of his career was a tapestry of the American Dream.  He began as a young man working on a family farm, served his country overseas, took part in the Apollo Mission as a technician at North American Aviation and became an entrepreneur and small business owner for 20 years before finishing his career at JC Penney. He retired at the age of 63.   He enjoyed every day of his retirement, and lived life to the fullest.  His greatest joys were times spent with his wife, children, grandchildren and many friends.  He enjoyed both salt and freshwater fishing and fished from Alaska to Costa Rica, and from California to Minnesota.  An avid reader, coin collector and woodworker, he also enjoyed traveling, studying history, playing cards and having long conversations over coffee.   He was preceded in death by his mother, Eldena Highfill (née Lathrop, née Dirks) and his brother Ken Lathrop.  He is survived by his wife of 55 years, his brother Geno Lathrop of Kirkwood, MO, his stepbrother Ray Highfill (Pat) of Placentia, CA; his three children, Steven (Linda) Lathrop of Dove Canyon, CA, Kevin  (Trina) Lathrop of Sandy, UT and Sandra Lathrop-Tweedt (Erik) of North Tustin, CA as well as seven grandchildren: Michael Lathrop, Christine Lathrop, David Lathrop, Jonathan Lathrop, Jessica Lathrop, Isobel Tweedt, and Abigail Tweedt; nieces, nephews, other relatives and dear friends.  His family and friends will be celebrating his life on September 9th at Memory Garden, 455 West Central Ave, Brea, CA at 12 noon.  In lieu of flowers, the family requests donations be made to Children’s Hospital of Orange County (CHOC) https://app.mobilecause.com/vf/CHOC/KevinLathrop

On August 29, 2017 James Louis Lathrop, 82, a forty-eight year resident of Brea, CA passed away peacefully. His last day was spent enjoying the company of his wife and friends.   He was born May 14, 1935 in Sioux Falls, SD and grew up in Reading,... View Obituary & Service Information

The family of James Louis Lathrop created this Life Tributes page to make it easy to share your memories.