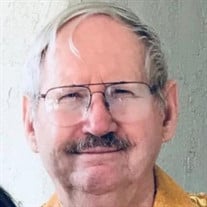 Gary Snider, 77, of Placentia, passed away on May 20th 2020, surrounded by his family. He was born to parents, Gilbert Snider and Florence Cook in Centerville, Iowa. In his teens, his family relocated to Modesto, California where he would later graduate from University of California, Berkeley in Electrical Engineering. Through mutual friends, he met the love of his life, Jacqueline Chanson, in San Francisco in 1967. He was so determined to impress his future wife that he became fluent in French in steadfast manner. They would correspond by writing letters to each other but it would take hours combing the French-English dictionary to translate each other’s admiration. Like many in Southern California, he spent his career working for the aerospace industry at Hughes Aircraft Company. He had the opportunity take his family abroad to work in Italy, Belgium, Taiwan and Canada. During this time abroad, he impressed upon his children the importance of inclusion, and cultural diversity. One summer, roughly 10 years into their marriage he had to stay in southern California while his wife and kids visited extended family in Tahiti. Of which, he wrote love letters almost daily to his wife. To their last days together, they kept calling each other, “mon cheri”. In his retirement, my father was known best for sporting Hawaiian shirts and collegiate baseball caps while cheering his favorite soccer team, real Madrid. My father and mother enjoyed living in their quiet neighborhood, participating with their local tennis club surrounded by many friends and neighbors. In remembering my father, he stood for hard work, dedication to his family and beloved wife. He had a sense of mischief and humor that will be missed dearly. Gary will sadly be missed by his wife, Jacqueline; their children, Brian, Amy, Cynthia, Matthew; their grandchildren, Stella, Graham and Penelope. He is survived by his sister, Ann Snider in Arizona and the Chanson Family in Tahiti. He is predeceased by his sisters: Judith Snider, Faye Wakefield and Florine Willard. Our one request for those who knew him, would be to cheer a little louder at your next soccer game, laugh a little more with friends and enjoy your family as much as you can.

Gary Snider, 77, of Placentia, passed away on May 20th 2020, surrounded by his family. He was born to parents, Gilbert Snider and Florence Cook in Centerville, Iowa. In his teens, his family relocated to Modesto, California where he would later... View Obituary & Service Information

The family of Gary A. Snider created this Life Tributes page to make it easy to share your memories.

Send flowers to the Snider family.