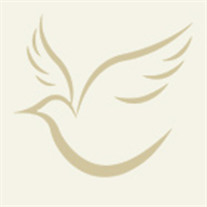 Service will be a Celebration of Life for both Barbara and Ralph McLaughin who passed away on March 27, 2014. Barbara Ruth McLaughlin was a wife, mother and artist. Barbara was born April 7, 1926 in Cedar Rapids Iowa to Lloyd and Ida Frederick.... View Obituary & Service Information

The family of Barbara R McLaughlin created this Life Tributes page to make it easy to share your memories.

Service will be a Celebration of Life for both Barbara and Ralph...